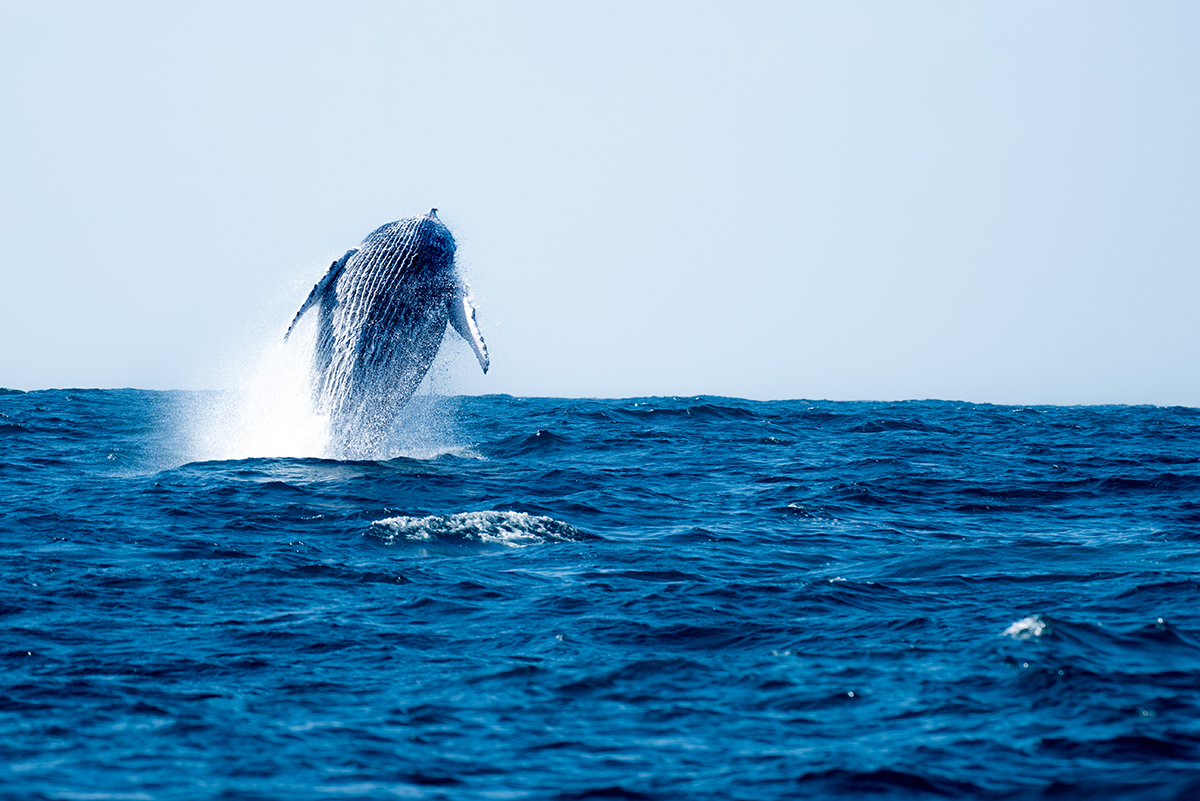 IN THEIR NATURAL ENVIRONMENT 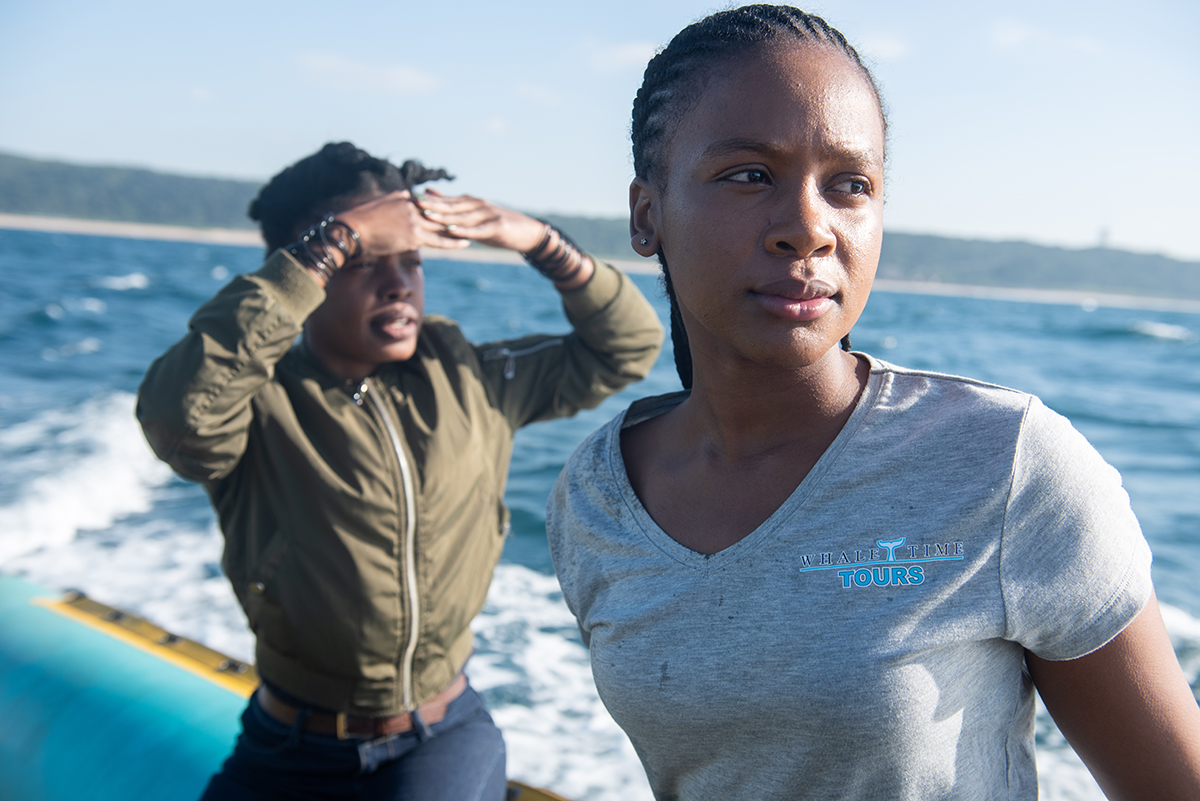 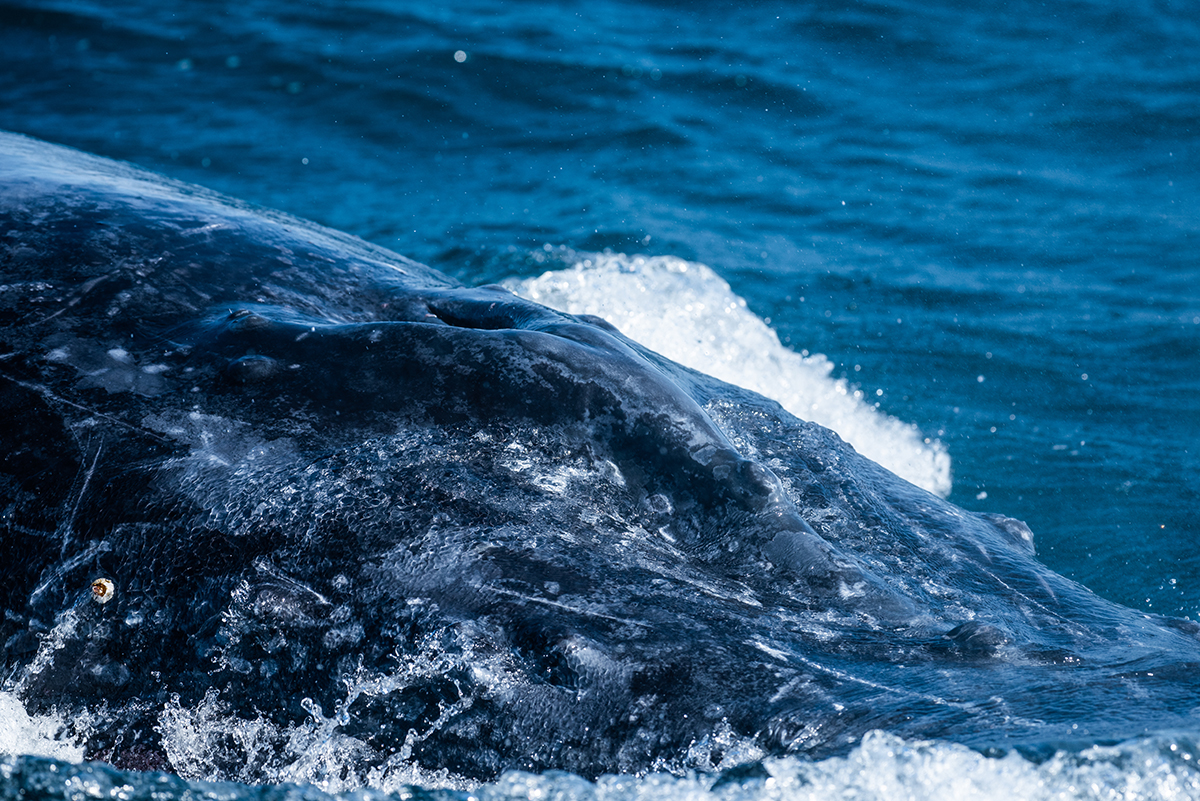 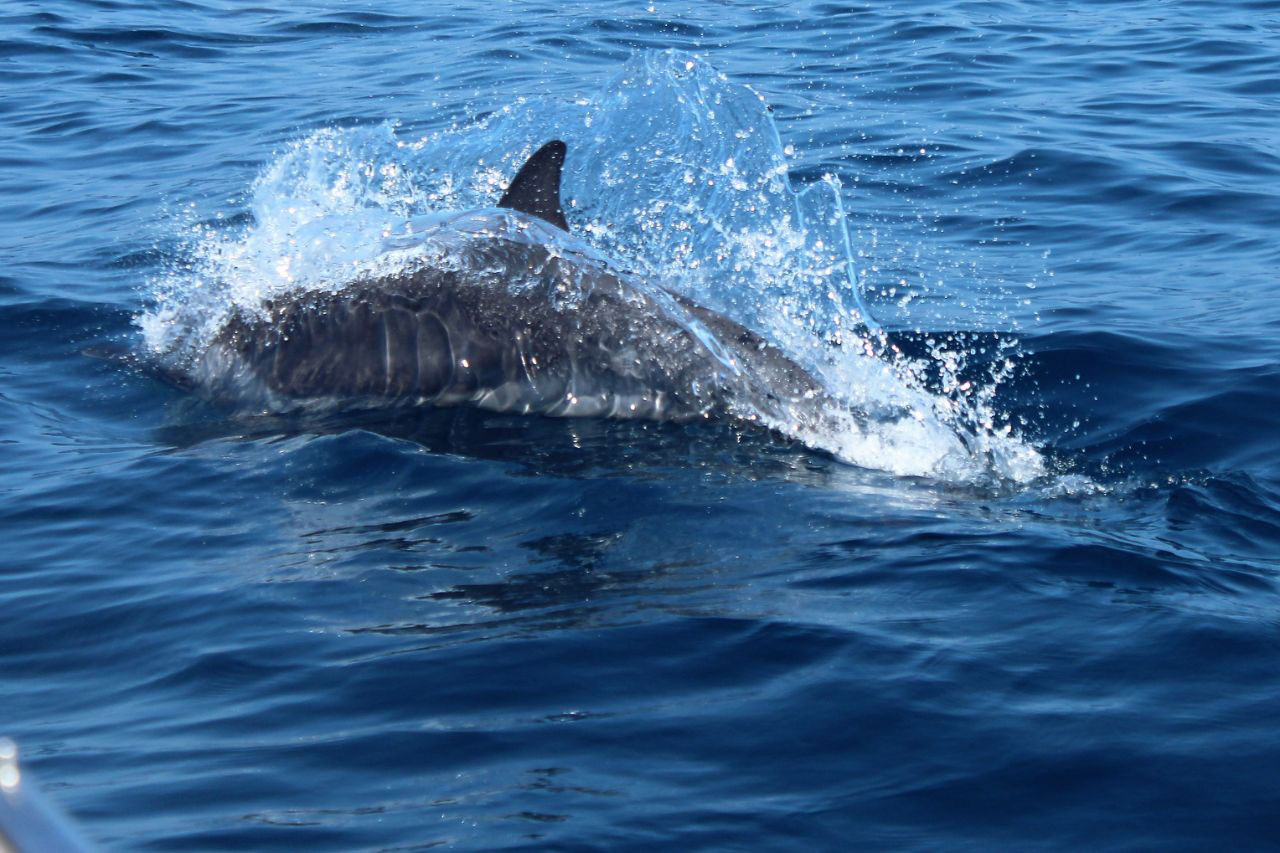 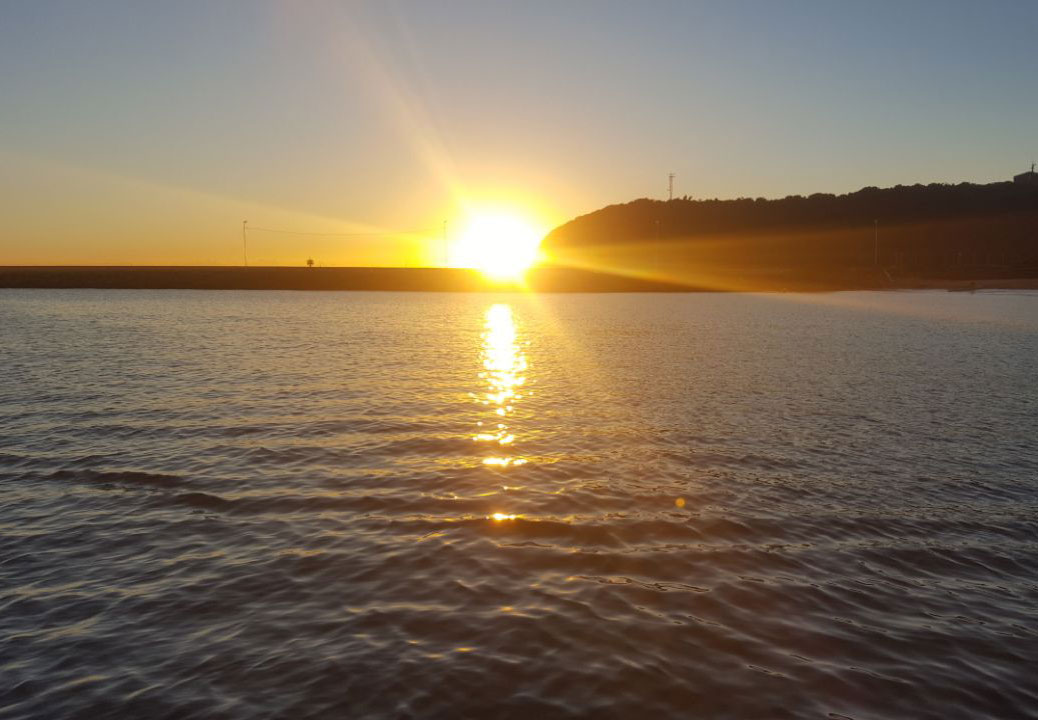 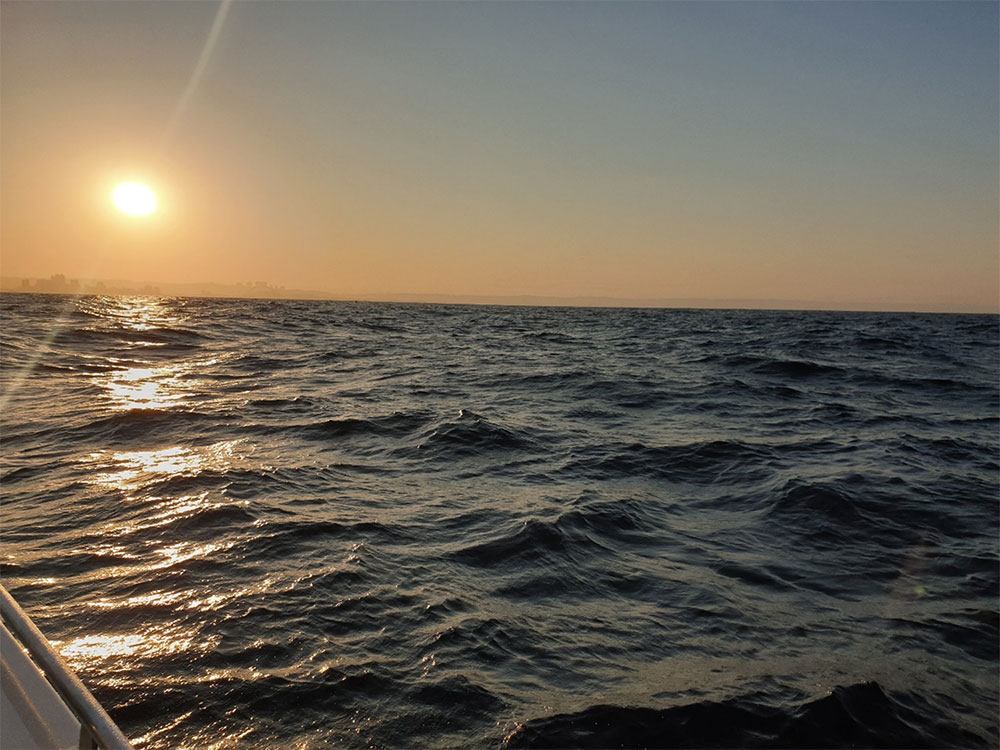 I can remember clearly the skipper telling us “please make use of the railings on the boat as we will be travelling at different speeds”. I thought to myself “been on one boat, been on them all, no big deal”, but then my heart started pounding, you know the sound, “lub dub, lub dub” and then it started sinking in that I had just consented to go into the middle of the ocean with a group of people I barely know, to see whales that will probably be larger than the boat itself. Just as my mind was racing, so apparently was the boat, the next thing I knew we were out of the Durban Harbour and on our way to see the whales and now there was no turning back (so I just cried on the inside like a winner).

People then started to shout out to the skipper, “I see something here…..I see something there” but yet of course I did not seeing anything, I mean, I could barely see land anymore. As I moved from one spot to another on the boat trying to see what all the excitement was about, again, I still did not see anything! I honestly even tried looking deep into the water and then too I couldn’t see anything, as if the ocean decided on that very day that these creatures weren’t going to exist anymore. The tour guide informed us to make use of the charts within the cabin to help us spot the whales. I mean, it seems easy looking at a chart but trying to imagine the chart coming to life is something of the unknown, especially for a person who has never been whale watching before. Next thing I know I heard a splash and people letting out a few screams and as I turned into the right direction, I witnessed the aftermath of what had just happened. The skipper advised us that we are going to hang around this spot for just a few minutes. Third times a charm they say, so camera in my hand at the ready to capture the moment about to happen, eyes wide open trying not to miss a single thing, listening intently to take in any mammal sounds….so it’s been about 5, 6, 7, 8 minutes according to my Samsung S9 and nothing yet. So I decided to rest my hand from holding the camera and I took a seat and of course the most glorious sighting I have ever experienced in my whole entire life happens, two whales (yes you read it… not one but two!), specifically two Humpback Whales swimming alongside each other letting out what is called a “whale blow” and the sound of this behavior was so distinct. I can just remember the sound, “fwissssshhh” as if seeing them wasn’t glorious enough yet hearing them was like a reality check causing goosebumps of all sorts. It was as if you are in deep thought and all of a sudden someone taps your shoulder bringing you back to earth, yes the sound of these magnificent animals made everything all that much real. All the nerves, anxiety, fear, second-guessing, vanished away and all I wanted was for this moment to last just a bit longer, but before I knew it they had disappeared beneath the water surface with the skipper informing us that we were heading back.

As we make our way back, I had a smile on my face, fresh sea breeze in my hair and a whole lot of staring into the ocean, I let out a little giggle just realizing that in experiencing one of the greatest events in my life, I forgot to capture the moment on my camera! Further realizing from that moment, which as I know is as cliché as it gets, is that a picture does not last forever but a memory does. This is whale watching for you, an experience like no other, which pictures or videos could never do justice compared to the experience of being there right in the vast open ocean!

Whale and Dolphin Tours.Durban is a registered Pty (Ltd) Company. We currently have two boats, a 7.2m rubber duck and a 28ft butt cat. Our skippers have been on the sea all their life and have vast experience in the ocean.